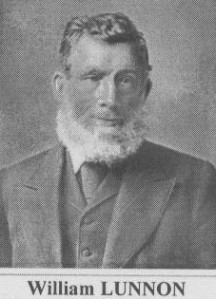 Two weeks ago (on 20 May) we celebrated the eighteenth birthday of our eldest son, Sean Charles Lunnon. He, his brother and our other son, Phillip John Lunnon (turning 15 in July) and my cousin Michael’s son, Alistair (24) – now living in New Zealand – are the only three male Lunnons of their generation who will carry our Lunnon line forward.

This morning, at 2am, Helena ‘Peggy’ Walls (nee Lunnon) passed away at the age of 92. She was my aunt (my father’s sister) and the last time I saw her was two years ago when we celebrated her 90th birthday in The Strand. I had hoped to see her when we go to Cape Town later this month. Alas, that is not to be.

In our family tree, Peggy was two levels above Sean, Phillip and Alistair. On that level, only four people out of my twelve aunts and uncles on my father’s side remain – Aunty Irmela, Aunty Elsie and Aunty Doreen (with only Aunty Doreen being a blood “Lunnon”) and Uncle Peter. (Aunty Doreen is now the only one of her siblings that we are still fortunate to have with us.)

Let me try and put it all into some order, starting at the bottom of the Lunnon tree:

Sean Lunnon’s and Phillip Lunnon’s father is me – Edward Charles Lunnon and their mother is Pera Claire Lunnon (nee Southwood).

I have three sisters, Lynette, Ingrid and June. Our father was Herbert Louis Lunnon and our mother was Doris Lunnon (nee Stanbridge).

Their family home, Chesham House, is on the right as you enter Wookey Hole from Wells. (Pera and I visited there in 1999 when we toured the UK. I revisited Wookey Hole in November 2007 with Jerry Cottignies (my cousin Margaret’s husband from Bristol) when, after I became ill, I spent a month in UK as a guest of some of my ex-pupils of 1984.)

William’s (2) father was also William (1) Lunnon (my great great grandfather) and his mother was Sophia Reeves. He had only one other brother, John Lunnon.

And that’s how far we can trace the tree!

And yet, it’s not really all that simple – it’s not just a name: Each one of these names represents a person, a life, a story to tell.

John was a linen weaver from London. Robert (1) established a very successful business, W. LUNNON & CO. LTD – Wholesale Paper Merchants & Manufacturing Stationers. Robert (2) owned the Abbey Farm Property. William (1) worked as a vatman in the paper mills of Cheddar and Wookey Hole. William (2) started working in the paper mills as an ‘engine picker’ at the age of 11 for two shillings per week. Besides being a papermaker for 44 years, he became the District Secretary to the Original Paper Makers Society, was a Justice of the Peace for the County of Somerset, a Weslyan preacher and a firm upholder of working men’s rights. At the time of his death in 1901, it was written “He was a leader of his fellows, and amongst children and adults, in religion and trade questions, in politics and social and civil developments, he was placed well to the front by those who looked to him for guidance, and who appreciated his sterling worth. He beared an honoured name. It was a life spent in constant readiness and effort to help others.”

Walter Charles took up an appointment with the Cape Postal Service in South Africa in July 1896 at the age of 23. He worked in the telegraph signallers in Kimberley throughout its siege during the Anglo-Boer War (1899 – 1902). He rubbed shoulders with Cecil Rhodes, Lord Milner and Rudyard Kipling. The desk I work at was given to him when he retired as Postmaster of Swellendam in 1929. Herbert Louis loved the outdoors and spent much of his time angling and climbing the mountains of the Western Cape, until he was struck down by a vicious debilitating stroke in 1969.

And as I make plans to go to Cape Town next week to attend Aunty Peggy’s funeral and to celebrate her life with the rest of the family, I am reminded of The Dash Poem by Linda Ellis:

I read of a man who stood to speak

At the funeral of a friend

He referred to the dates on her tombstone

From the beginning to the end

He noted that first came the date of her birth

And spoke the following date with tears,

But he said what mattered most of all

Was the dash between those years

For that dash represents all the time

That she spent alive on earth.

And now only those who loved her

Know what that little line is worth.

For it matters not how much we own;

The cars, the house, the cash,

What matters is how we live and love

And how we spend our dash.

So think about this long and hard.

For you never know how much time is left,

That can still be rearranged.

If we could just slow down enough

To consider what’s true and real

And always try to understand

The way other people feel.

And be less quick to anger,

And love the people in our lives

If we treat each other with respect,

And more often wear a smile

Remembering that this special dash

So, when your eulogy is being read

With your life’s actions to rehash

Would you be proud of the things they say

About how you spent your dash?

So, again, I have to ask myself

“Would I be proud of the things they say about how I spent my dash?”

To Sean and Phillip, as the “bearers of an honoured name”, we – you and I – have deep footprints in which to follow.  Will they be able to say of us that we lived “a life spent in constant readiness and effort to help others”?

And while I’m pondering about matters of life and death and family, here’s a quote from my cousin-in-law-in-law Maryse Peach (my mother-in-law is a Peach) – What a peach!:

Don’t you sometimes wish life was like a PVR? Then we could fast forward the s*#t, rewind the giggles and record the moments that mean the most!

and especially my aunt,