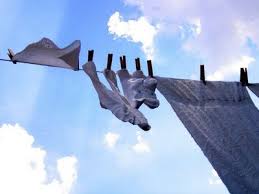 As you can see from the countdown clock above, I have been ill now – or at least aware of my illness – for three years and eight months. For the first six months of my “being ill”, no-one knew what was wrong with me. During that period, the medical voyage of discovery took me in Port Elizabeth from the chiropractor, to the physiotherapist, to the neurosurgeon, to the radiographers for CAT and MRI scans, to the neurologist and then in Cape Town at Tygerberg Hospital / Stellenbosch University Medical Faculty, to the head of neurology there.

In comparison to other people (mainly in the USA) with whom I have communicated, that period of six months seems to have been relatively short. It has often taken years for doctors there to diagnose the illness, so we have actually done extremely well in South Africa. Having said that, there is no test for CBD and so it is an extremely difficult diagnosis to make. There are a number of degenerative brain disorders, each with a different name, that present with similar symptoms and cross-over symptoms. It is only upon death, when a brain autopsy is done, that a definitive diagnosis can be made. It is documented that in more than 50% of diagnosed CBD cases, it has been found that the diagnosis of CBD has been incorrect, and that the disorder / disease / syndrome / illness was rather ALS or Alzheimer’s or PSP or Parkinson’s or whatever!

When Professor Carr informed me that he thought that I had CBD, I was shocked and emotional. On that, my second trip to him in Cape Town, I did not expect to come home with a death sentence hanging over my head. Either, he gave me very little information at the time or else I don’t recall much of that visit in his office on 8 February 2007.

What I do remember, is that he and I cried and that he jokingly said that maybe in five years’ time I would come back and sue him for making the wrong diagnosis, or for giving me timelines that would prove to be incorrect. He also did not recommend that I searched the internet for information, as it would not make for “good” reading, and much of what I would see there could be untested research!

However, the internet has been the source of just about everything that I have since researched in connection with CBD. I have often said that dealing with my illness is the easy part – the difficult part is dealing with all the other side shows that accompany the fact that one is ill. One of these is dealing with the medical fraternity.

My intention is not to point fingers at anyone, but the practicalities of being diagnosed with CBD need some explanation.

I have read comments made by family of other CBD-diagnosed patients that once that diagnosis is made, the patient is simply left to die! As mentioned before, the reality of CBD is that there is no treatment and there is no cure. It would appear that many doctors do not have the knowledge to deal with the illness, and, in fact, there is not much dealing to be done. The disease winds its wieldy way, taking with it your ability to walk, talk, think and use your hands, and nothing can be done to stop it.

In Port Elizabeth, a city of 1 ½ million people, I think there are three neurologists. (I am talking about doctors in private practice and I do not know what the situation is at the public hospitals. Their track record would seem to indicate that the situation there is far worse. Just tonight, the Minister of Health is reported as having said that the Health Department is in a state of crisis!) They have an inordinate amount of work and it takes six months to get an appointment to see the specialist. If anything goes wrong in the meantime, he takes queries telephonically from patients between five and five thirty Mondays to Thursday only. It’s like trying to call a radio station when they have an on air radio competition! You just don’t get through. And, come five thirty, you give up and try again tomorrow. And please don’t get ill on the weekend!

(It is easier and quicker to email the help desk at the Mayo Clinic in Jacksonville, Florida. They do research there into, amongst other things, CBD and often, the response is instantaneous! Jacksonville, by the way, is also a twinned city of Port Elizabeth.)

I expressed my concerns about this communication method to the specialist, and now, we have the arrangement that I fax him my queries and when he has the chance, he calls me back.

Thus, it was that I faxed him last Friday morning about the muscle spasms that I have been experiencing in my left leg, from the toes to the buttock, for the last three weeks now. Also, I mentioned the ‘discovery’ that I had made when injected with cortisone and that having taken away the numbness in my hands.

This Monday afternoon I received my call back. There was not much he could say about the spasms but suggested that I play around with the timing and dosage of the pills that I take – my  Pot of Gold – the little yellow tablets of Carbilev that artificially provide my body with the dopamine that my brain cell factory is no longer producing! (My understanding is that dopamine is a chemical that one’s body needs for communication to be effected between the brain and the muscles.)

Give it about a week and see what happens. Many patients with these sorts of illnesses will tell you that dosage and timing of prescribed medication becomes a game of trial and error by the patient and his caregivers. As far as the cortisone injections, well he couldn’t really say anything except concur that it was not feasible to have daily injections of cortisone.

Many people think that, because the illness is so rare, medical professionals are falling over each other to attend to you. The reality is that no one is really too concerned. When we organized a fundraiser three years ago to contribute money to research, I was told, and I understand, that there are far more pressing realities in South Africa than to do research into an illness that one or two people may have!

The reality of simply getting access to medical expertise when dealing with this particular illness (and I am sure many others) is a frustrating and stressful one. Even more stressful is the payment of that access! Yes, finding the doctor and his treatment is one thing – paying him, another.

I don’t know how people who are not covered by a medical aid manage this. But even thinking that your being on a medical aid scheme is sufficient, requires careful attention. I can only recommend that every reader very carefully ascertains their position in this regard. It would appear that understanding your medical aid rules requires a master’s degree nowadays, and when confronted by serious illness, a whole new world of discovery lies waiting for you. An entire blog is required to deal with the intricacies and frustration of medical payments!

Hang, man, even then, living is better than dying until it’s not!

And, yes, until the hangman comes, until then, please forgive us if sometimes we have a hang-up about being dealt this hand that we have simply been hung out to dry.

The challenge for us, at those some times, when you think you have been hung out, is to hang in … and to hang on.

You’ve got to get the hang of it!