In life there is not much that goes according to the plan. As much as we think we are in control, we are seldom in the driving seat.

In the grand scheme of worldly things, this week was planned to bring in income for the retailers, wholesalers and manufacturers in that farcical exercise known as Happy Valentines Day!

It’s a day designed by the business people to let the tills ring at a spot somewhere between Christmas and Easter when the tills normally ring anyway. It serves the same purpose as Fathers Day, Mothers Day, Halloween Day, Back-to-School Day  and whatever other day – turnover driven days under the guise of whatever feel good day can be dreamed up! 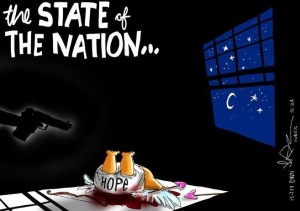 But what should have taken centre-stage was driven into the background and eclipsed by two other events which have become the media business’s Valentines Day, Christmas, Easter and Valentine all rolled into one.

Firstly, the very tragic death of Port Elizabethan and model Reeva Steenkamp and the subsequent arrest of paralympian, role model and home-grown hero Oscar Pistorius, charged with her murder.

Secondly, the meteor shower in Russia that has injured a thousand people. 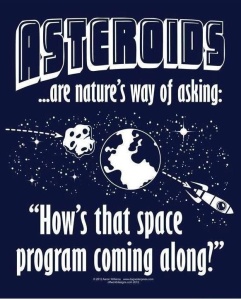 I guess the State of the South African Nation was always meant to take the back seat at this time. Even the sale of horse meat masquerading as beef in Europe in the human food supply chain would eclipse the State of our Nation!

My hopes and prayers are with all the people affected by these terrible tragedies of the past few days, and with our beautiful country, and with those in control!